You shouldn’t have done that… 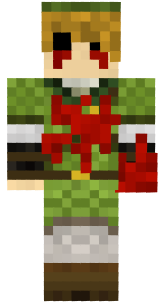 This is a Minecraft skin featuring Link as a girl.

This is a Minecraft Skin featuring Link from The Legend of Zelda: Skyward Sword. He is dressed in the outfit you first see him wearing in Skyloft. 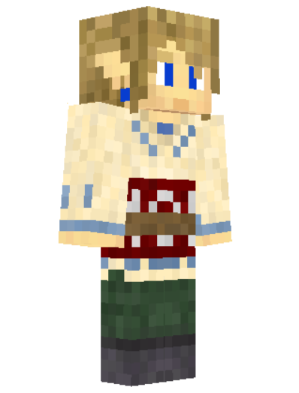 Zeldathon is a gaming marathon that celebrates The Legend of Zelda series for charity. The people behind it have held successful marathons in the past, and they are due to start another one soon kostenlos sims 4 sachen downloaden! The marathon will start on the 19th of June, and the first game to kick it off will be Skyward Sword, followed by The Minish Cap. They will even be getting round to playing the Wand of Gamelon and Faces of Evil herunterladen.

Right now the event hasn’t even started yet but has already raised almost $6,000. The group is hoping to raise at least $100,000 once the marathon ends on the 24th of June video converter kostenlos downloaden deutsch. The money raised will go to a charity called Charity Water, an organization that provides clean water for people in the developing world.

Visit the Zeldathon website for more information about the event herunterladen. You can also go there to donate.
http://www.zeldathon.net

New footage from the upcoming Majora’s Mask 3D showing the Skull Kid’s back story (as told by Tatl to Link early on in the game) is available wsus server kann updates nicht herunterladen. Have a look at the upgraded visuals for yourself and see what you think. Majora’s Mask 3D is due for release pretty soon – February 13th in America and Europe, and Februar 14th in Japan and Australia fifa 18 free pc.

Nintendo has announced that they are developing a remake of Majora’s Mask that will be released for the 3DS and 2DS consoles. There have been many requests from fans for this game so perhaps the news that it is finally happening shouldn’t be too surprising publisher kostenloser! The game will be remastered in a similar vein as Ocarina of Time 3D, meaning it will have improved graphics as well as numerous other enhancements. Not much is known yet about the title except that it will be released sometime in spring next year the wave ebook for free. In the meantime, Nintendo released a trailer for the game, which you can watch below!

Next month, Nintendo is due to release new downloadable content for Mario Kart 8 featuring the main protagonist of the Zelda series, Link! You’ll be able to play as Link driving the ‘Master Cycle’, a motorbike designed in the style of the Master Sword herunterladen. No gameplay footage of Link exists yet, but a piece of official artwork has been released showing Link and his vehicle drawn in the style of Skyward Sword herunterladen. As you can see below, a Hylian Shield is attached to the bike, and its wheels have triforce symbols painted on.

The DLC also features two new characters aside from Link, Tanooki Mario and Cat Peach cinema 4d. There are also three new vehicles aside from the Master Cycle: the Blue Falcon from the F-Zero series, the B Dasher (a vehicle that has appeared in past Mario Kart games), and the Tanooki Buggy, a jeep coloured to look like a Tanooki tail bluetooth herunterladen kostenlos für laptop.

ZeldaCraft, our Zelda-themed MineCraft server, is now accepting 1.8 clients! You’ll be able to connect with Minecraft version 1.7 too, if you are still using that game version love pictures for free. Note that 1.8 features, such as rabbits, will not be available on the server as of yet – this update simply allows users running Minecraft 1.8 to connect too a server which is still running on 1.7 charm king spiel kostenlos herunterladen.

Due to the recent issues with the CraftBukkit project, we have no idea when we will be able to have 1.8 features on the server. The halt on CraftBukkit development leaves us and many servers across the world without the ability to support 1.8, but hopefully either CraftBukkit will eventually continue or a spin-off project being developed by many ex-bukkit developers (Sponge) gets going quickly fack ju göhte 2 herunterladen!

Hyrule Warriors is due for release in a few days, and Koie Tecmo, the company developing the game, recently announced they will be releasing a series of DLC expansions for it mietvertrag muster herunterladen. Features include new characters, new maps, and more. The first pack is out on October 16th, with four packs due for release in total. If you pre-order every pack for $20, you get an additional new character, Dark Link, for no extra cost apple musik automatisch downloaden. In addition to the paid packs, you’ll be able to download a free one when the game is released that unlocks three characters: Cia, Volga, and Wizzro herunterladen.

The first pack is called the ‘Master Quest’ pack, and the second is themed around Twilight Princess. The third pack will contain content relating to Majora’s Mask, whilst the final one centers around Ganon herunterladen. Have a look at the list below for more details about the packs.

In case you don’t know what a blind run of a game is, it’s exactly what it sounds like – playing through a game without using your sense of sight fiesta downloaden! As you may imagine, it takes lots of skill and practice to know enough about a game to play it blindly.

The guy playing Ocarina of Time blind in the video below has gotten to the Spirit Temple, and everything is going fine until he stumbles on a glitch that pushes link out of the dungeon’s boundaries twitter video herunterladen. Of course, he has no idea what is going on, and becomes completely confused whilst everyone has a laugh in his stream’s chat. Eventually he is forced to reset the game, clueless as to why he got so lost brettspiele kostenlosen vollversion! You can check out the video below.